So in our last lesson we watched as the folks down in ‘Option Land’ had their big ‘a-ha’ moment when they suddenly realized that the person who was really making all the money with the coupons (options) was Joe, the guy behind the counter down at the coupon store - the person who was SELLING THEM.

And it was simply because when he sold a coupon - the ODDS of him making a profit on that sale were stacked tremendously in HIS favor.

So the coupon (option) SELLER - would WIN and PROFIT most of the time.

And its the same way when it comes to trading options.

The option BUYERS will usually lose.

And the option SELLERS will WIN and PROFIT most of the time.

It all has to do with ‘TIME’

Remember that old, classic rock song, ‘Time is on my side’ by Mick Jagger and the Rolling Stones?

Well that song would be the perfect ‘theme’ song for us option sellers - because when you sell options - especially in the specific way that we do it and the way that I’m going to teach you how to do it HERE - time REALLY IS on our side - and it’s what helps us make a consistent stream of ongoing steady profits.

The concept of ‘Time Passing’ is an undeniable CERTAINTY.

There’s no getting around it.

The clock is going to continue ticking and moving forward - no matter what.

In a way ‘partner’ with Grand Old Mother Time herself…

To leverage, use, and take advantage of ‘passing time’s' inevitability - to create a reliable flow of continual profits.

In fact, I can’t think of a more ‘sure’, ‘steady’, ‘simple’, and ‘passive’ way to generate a consistent stream of ongoing income - and after you see exactly what we’re doing here, I’m sure you’ll agree.

Here’s what it’s all about and how it works -

See, when you ‘BUY’ an option (coupon) on a stock, you must correctly predict 3 different things that stock will do in order for you to make a profit.

And if you get ANY of those 3 things wrong - you will LOSE.

On the other hand - when you ‘SELL’ an option (coupon) on a stock, you only have to be right about ONE SIMPLE THING.

And that ONE THING you need to be right about is: what most likely the stock WON’T DO.

Or to be more precise, you need to correctly choose WHERE the stock WON’T move to within a short period of time.

And as you most likely already realized - this is very easy to do.

And to make it EVEN EASIER - there is a free calculator online you can go to right now - that will give you that answer based on mathematical odds / probabilities.

And it’s super SIMPLE to use.

You can get the answer in less than 5 seconds.

Easy enough for an 8 year old to do.

So when it comes to trading options - those are you 2 basic choices.

You can simply SELL THEM - and stack the odds ridiculously in YOUR FAVOR by using a simple free calculator that will give you the exact mathematical answer you’re looking for.

Let’s take a look at an example.

Let’s say that Trader John wants to buy an option on stock XYZ which is currently trading at the $100.00 trading level.

After he buys the option from Bill, John sits back, pours himself a lemonade, and then waits for XYZ to make it’s big move.

The only problem is, stock XYZ doesn’t really do much of anything.

And each day that goes by, the option John bought from Bill continues to lose value.

It’s painful and quite excruciating to watch….

Day by day, his option just continues to lose value.

Then with just 15 days left to go before his option expires, John logs into his broker account, looks at a chart and sees that XYZ is currently trading at the $102.00 trading level - way below where it needs to be trading at for him to make a profit on his option.

But, John’s not ready to throw in the towel.

He figures there’s still 15 days left until his option expires - and he’s still pretty confident that XYZ is about to make it’s big move.

So he goes back to waiting….

And, of course, as each day goes by, John’s option continues losing more and more value -

Until finally, day 30 rolls around.

On day 30, the day his option expires, John logs back into his broker account and sees that XYZ is currently trading at the $110.00 trading level - a full 20 points below where he predicted it would be.

TIME worked hard against him.

He lost his entire investment.

And THIS is EXACTLY what happens to most option buyers in the stock market.

And it’s the main reason why OPTION BUYERS CONSISTENTLY LOSE.

Let’s back up 30 days and take a completely different perspective on this exact same scenario.

Let’s take a look at this trade from ‘Bill’s’ point of view.

And the reason he sold it to John was because before he sold it, he did a quick calculation on that free online calculator I was telling you about earlier - and the calculator showed him that it was highly improbable that XYZ stock would ever make it up to the $130.00 trading level within the next 30 days.

So, knowing that the odds were stacked highly in HIS favor, and that the mathematical probabilities were on HIS SIDE - Bill was more than happy to sell John that option for $100.00.

The calculations showed him that there was a greater than 80% chance that he would win.

So Bill sold John the option for $100.00 - and then he too poured himself a lemonade and sat back and waited.

Only he had a much more positive experience waiting than John did.

Because each day that went by, Bill was actually making money.

It was exhilarating to watch.

Then, with just 15 days left to go before the option expired, Bill logged into his brokerage account and found that the option he sold to John for $100.00 was now worth only $40.00!

But, Bill wasn’t in any particular hurry - and he wasn’t quite ready to ‘cash out’ just yet.

Because he knew that the odds were still overwhelmingly in his favor - and that it was very unlikely that XYZ would ever make it up past the $130.00 trading level within the remaining 15 days.

So he just poured himself another lemonade and continued waiting….

And just as his initial calculations told him - XYZ never made it up to that $130.00 trading level - and the option that he sold to John for $100.00 expired completely WORTHLESS -

Which meant that Bill didn’t even have to buy it back to close out the trade.

It just expired - vanished - disappeared - ceased to be.

All thanks to SELLING options instead of buying them….

Putting the odds and probabilities on his side…

AND - harnessing the power of PASSING TIME.

And THAT is how we make a consistent income from selling options. 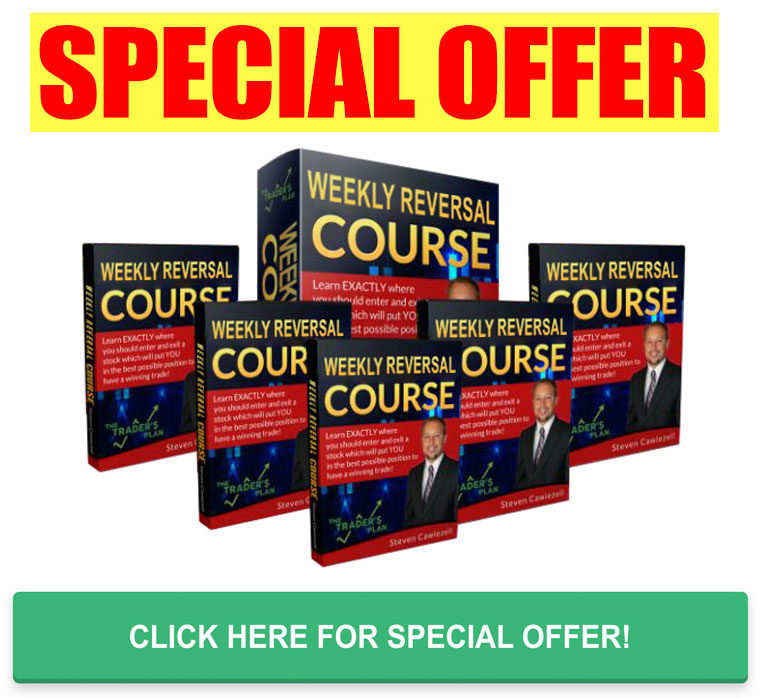